The project
Our work
Recommendations
Book
About us
Contact

The book plot incorporates the key elements of the Hero’s Journey, as well as links with the SETI initiative and this project. The central idea of the Hero’s Journey is of a protagonist that embarks on a journey after receiving the “call to adventure”, facing many challenges along the way, leading to the return of a transformed and enlightened protagonist. You can access the book at the address http://seti.isunet.edu/data/luna_and_apollo_s_adventure.pdf. 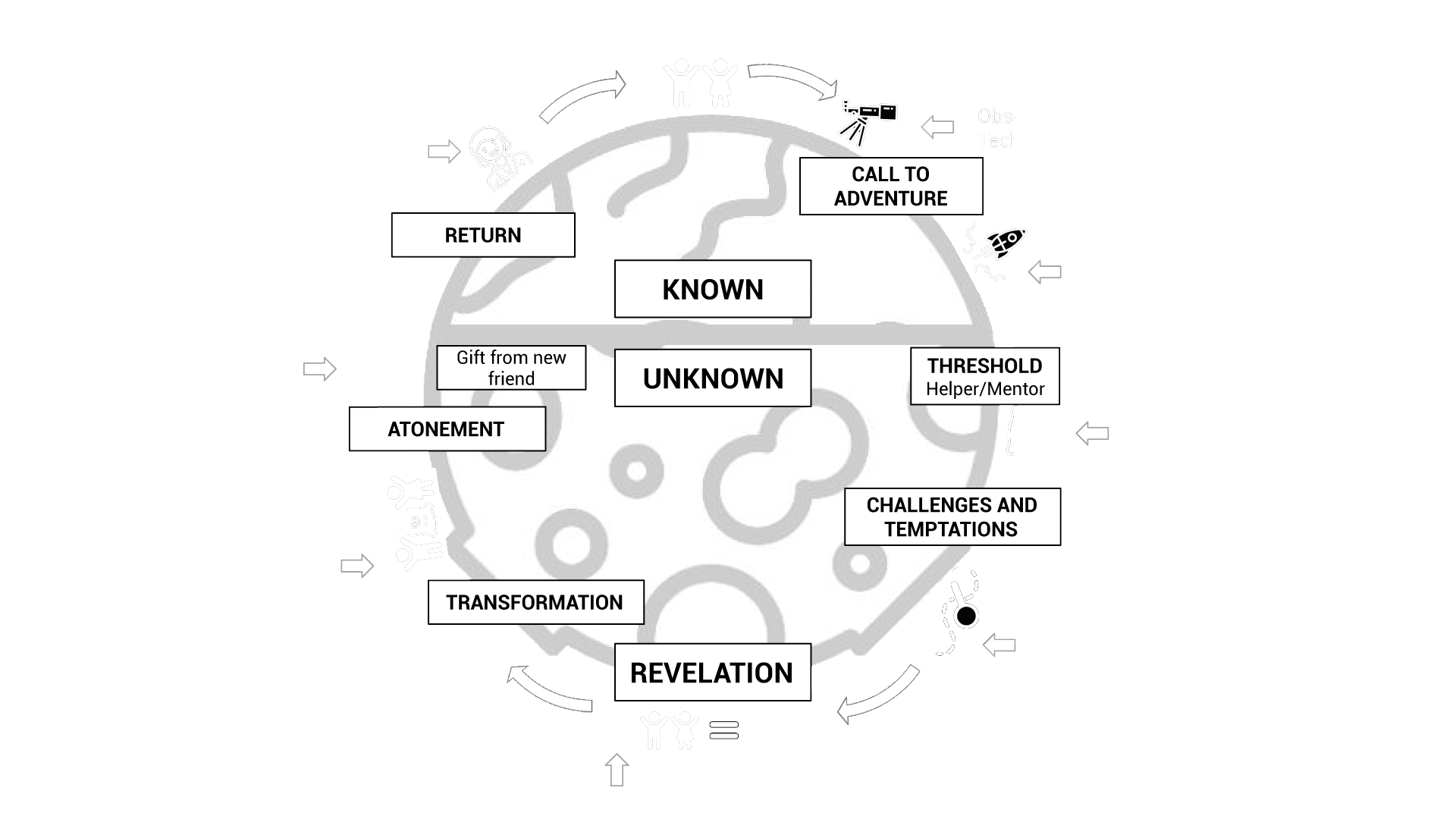 The book follows two best friends, Luna and Apollo, as they go on an adventure to meet extraterrestrials. Luna’s mother, a SETI scientist, gifts her with a telescope during a sleepover. Apollo and Luna use the telescope to look out at the stars, planets, and the Moon. While they are observing the Moon, they see a flashing light and are intrigued by it, which is their official ‘call tos adventure’. After sharing their discovery with the mother, the two best friends decide to build a rocket from scraps that they find lying around and take off on a journey to the Moon to investigate what they saw. Once they arrive, they encounter Erin Tickles, or E.T., an alien who lives on the Moon. This alien becomes their helper and mentor on their adventure. They befriend E.T., who then takes them to explore around his home underground. The best friends meet his family and friends, and they visit his school. Luna and her friend quickly realize that they are very similar, although initially they only could see the differences. E.T. also tells them about his extraterrestrial friends on other planets and moons, and how some of them communicate in different ways, which required them to develop new ways to communicate. Luna and Apollo learn that there are many life forms throughout the Universe, all with different appearances and languages, but similar ways of life and values. The two protagonists go through the revelation that no matter where they come from, or what language they speak, they are all the same. They head home with help from E.T. and are presented with a gift from it. Luna and her friend go to sleep when they arrive home and when they wake up, they tell Luna’s mother all about their adventure. Luna’s mother asks for Luna and Apollo to share every detail. In the background, it is possible to see the gift E.T. gave them and the question that remains is: was it a dream or did it really happen?